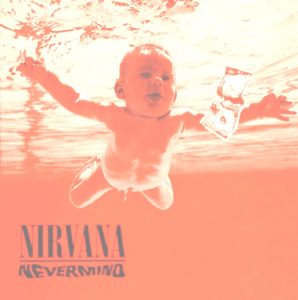 ..
125 PJ Harvey – “C’mon Billy” (To Bring You My Love — 1995)
.
Ha wow this is getting random… I really didn’t listen to PJ Harvey at all until about ’04 and that was Stories from the City, Stories from the Sea, supposedly akin to goose droppings within the British singer’s catalogue… anyway this To Bring You My Love centerpiece certainly can turn on a dime within itself into some nice chordal poignance and it’s sort of hard to pin down what the song’s about, as she keeps repeating “Don’t you think it’s time / You met your only son?”
..
124 Pearl Jam – “Given to Fly” (Yield — 1998)
.
Probably at the crux of this song’s importance, despite the fact they got sued for the verse run sounding too much like “Going to California,” are the lyrics, which are about a person learning to fly, but more importantly offer the line “He floated back down ‘cause he wanted to share / His key to the locks on the chains he saw everywhere”. Also the band on here is tight, issuing quick power chord changes and a full grunge sound with a newfound patient, classic rock sense of songwriting and of course excellent, live-sounding production by Brendan O’Brien.
..
123 Meat Puppets – “Backwater” (Too High to Die — 1994)
.
This is like that song we’d always hear on the radio that was awesome but we’d never know who it was by — a commendable single although “London” really should have put out “Never to Be Found” and “Flaming Heart” as singles instead of “We Don’t Exist” and “Roof with a Hole”… the album might have sold better and we might have actually known who they were.
..
122 Bush – “Machinehead” (Sixteen Stone — 1994)
.
To me, this IS the ‘90s: pure noise and recklessness, a simple, dumb and infectious riff repeated throughout, primal, anarchical and apocalyptic lyrics all seeming to say, “Come get some.” And boy did we.
..
121 Soul Coughing – “Circles” (El Oso — 1998)
.
Oh, this song’s not good enough for PITCHFORK (yeah I know, they’re not as good as like Okkervil River and crap like that)… it’s only like a great catchy song everybody loves that you hear in bars all the time. I follow Mike Doughty on Facebook and some of his solo stuff is definitely pretty good, like even 2016’s The Heart Watches While the Brain Burns, but I’ll always be partial to this old material with his old band which, he** he hates as much as everybody else seems to.
..
120 Stone Temple Pilots – “Vasoline” (Purple — 1994)
.
As a sort of first-wave millennial, I consider the ‘90s a simple time of sort of playing wiffle ball and eating hot dogs all the time, but really, they were anything but — I mean every other STP song it seems like is about “lies,” at least on this album Purple (on Core Scott Weiland wrote up that little fictitious essay about technology taking over the world and invading our lives and minds, which ended up being prescient), and so if you’re more like a guileless person in a complicated world that takes you closer to the place of “flies in the vasoline,” hence the catharsis and the success of the song, and what a weird video!