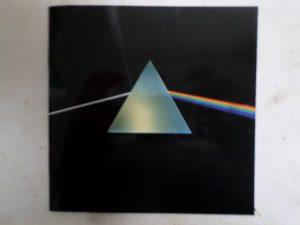 Now, it might seem from the fact that I did a “Top 25” on Zeppelin and now I’m doing a “Top 50” on Floyd, that I like Floyd better. Sh**, I never thought about it, but maybe it’s true. I mean, Pink Floyd have never professed to want to be my “back door man” (or the female listener’s “back door man,” as it were.. and da**ed if that isn’t one of the most regrettable psych-rock covers of an old blues boy). In fact, has anybody ever even SEEN a Pink Floyd concert? Do they even exist? Do these people named David Gilmour, Roger Waters and Syd Barrett even exist? They sound made up.
Well, I have met one person who’s seen Floyd and she said it knocked it out of the park. They opened with “Money” and the crowd didn’t god da** breathe, let alone check their Smart Phones or scowl around, until the friendly proceedings were over.